A cautionary tale on variations of a contract by email 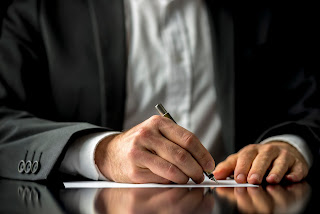 At the tail end of 2015 the High Court gave its judgment in the case of C&S Associates UK Limited v Enterprise Insurance Company Plc.  The claimant, C&S, was a motor insurance claims handler who brought a claim for wrongful termination against the insurance company (Enterprise) that it was handling claims for.  One important part of the overall decision was whether the contract had been validly varied by email correspondence.

Before the relationship between C&S and Enterprise had broken down the parties had been getting on well.  Enterprise had thanked C&S for the good work that they were doing.  There was then an exchange of emails between the parties where C&S sought to agree an increase in its fees.  The contract, however, contained a standard variation clause that stipulated that variations would only be effective if made in writing and signed by or on behalf of the parties.  On that basis Enterprise denied that there had been a binding variation to the contract as the parties had not signed any agreement to vary the fees.

Upon considering the emails in question the court decided the variation was effective.  The emails had either been ‘signed’ by a standard email signature or with a brief sign off such as “Many thanks, much appreciated. Mike.”

When negotiating a change of terms of a contract, as long as the other formalities required for a binding contract are in place, email signatures can suffice even if there is a variation clause in the original contract requiring variations to be signed.  In situations such as these parties must be cautious in their wording to prevent being bound.