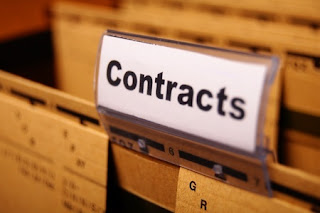 The recent Technology and Construction Court (TCC) case of Commercial Management (Investments) Ltd v Mitchell Design and Construct Ltd and another has emphasised once again why it is critical to know exactly what legal conditions you are contracting on and stressed the potential pitfalls of contracting on standard business terms.

The contractor in this case, Mitchell, had been hired to design and build a warehouse in Kent.  The contractor sub-contracted works to Roger Bullivant Ltd to deal with vibro-compaction ground treatment works.  It was alleged several years after the project was completed that there was settlement of the slab underneath the warehouse.  The claimant, Commercial Management (Investment) Ltd, had acquired an interest in the warehouse by that point and brought court proceedings against the contractor and sub-contractor.

The sub-contractor’s standard terms included a time limit of one year following practical completion for bringing claims which the sub-contractor sought to rely on as part of its defence.

This order was then signed by the sub-contractor but returned with manuscript amendments which included changes to one clause: “The terms of this order and its conditions shall be deemed to override any terms and conditions of your tender, where applicable, otherwise, Roger Bullivant Conditions apply.”  The order was then counter-signed by the contractor and a copy returned to the sub-contractor.  The circumstances surrounding this course of events were, however, disputed.

The TCC then looked at whether the sub-contractor’s amendments had included its claim time limit clause and, again on the facts, concluded that it had not.  However, the court usefully went on to consider what would have happened if their initial conclusion was incorrect and that the claim time limit clause had been incorporated.  The TCC held that the clause would have been included in the sub-contractor’s “written standard terms of business” and would have therefore been subject to the Unfair Contract Terms Act 1977 (UCTA).  Despite being a negotiation between two businesses of seemingly equal bargaining position, it concluded that this clause would have been unreasonable for the purpose of the reasonableness test set out in UCTA and therefore that the sub-contractor would not have been able to rely on the clause anyway.

Aside from the usual reminder of being sure about the terms on which you are contracting, this case is a warning in demonstrating how far standard business terms can be negotiated and yet still be the subject of the reasonableness test in UCTA.  It is an important point to bear in mind when entering into contract negotiations.