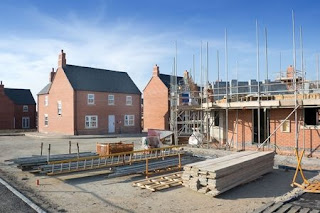 Last week the Government released the ‘Land Development and Disposal Plan 2016-17’.  This was issued by the Homes and Communities Agency which has undertaken to update the plan on a quarterly basis.

By releasing its own land for housebuilding, says the HCA, and by working with other public bodies to dispose of theirs, the HCA will help to meet the Government’s ambition to release land with the capacity for 160,000 homes by 2020.

The plan identifies 43 new sites for marketing in the current year.  Over 20% of the sites already have outline or full planning consent which together account for some 5000 homes.  Not all the sites are solely residential.  They include commercial development land and are intended to boost local economic growth across the country.

In the past, there has been much criticism about the pace (or lack of it) at which public land has been released to the market.  The disposal process itself has also come under fire.  Prior to issuing this plan, the HCA liaised with key stakeholders including the housebuilders.  According to the HCA, it learnt a great deal about what it had to do to make public land more attractive to the market. The House Builders Federation welcomed the plan saying:

“The HCA’s role in disposing of public land is critical… and the creation of a more commercial environment with greater clarity will encourage more companies to bid for sites. The new processes should not only help to accelerate the delivery of much-needed housing but also allow more small house builders to compete for sites and build more new homes.”