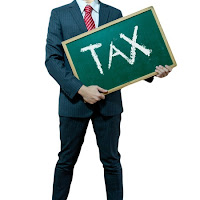 Over the last few years, HMRC has taken a keen interest in individuals which claim to be self-employed contractors, freelancers and more recently those that provide services through managed service companies and personal service companies. The reason for this is because services provided to organisations in this way obtain a tax benefit and employers avoid paying employer National Insurance contributions (NIC). This has in some cases, resulted in an abuse of this kind of arrangement.

HMRC is now considering making employers responsible for contractors’ tax bills in order to clampdown on ‘fake employees’. The move follows George Osborne’s pledge to crackdown on these arrangements in the July 2015 Budget and the subsequent consultation paper from the Government. The Government is concerned with the body of evidence which suggests that there is significant non-compliance and breach of the IR35 avoidance rule.

Many of you will be aware that IR35 was introduced to enable HMRC to catch anyone whose sole intention of setting up an intermediary company was to avoid liability for income tax and NIC. The legislation allows HMRC to look behind the legal relationship and determine how the worker should be taxed.

The Budget contained the following additional measures to IR35 that will further restrict the tax avoidance practice:

The consultation paper from the Government will also look at the measures and how they can curb the practice. The consultation will run until the end of September 2015 and you can view it here. Whilst we do not know if or when any further changes will come into force following the consultation period we will keep you updated on this matter as and when we know more.