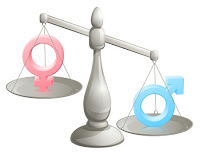 It has been unlawful to pay men and women differently for the same job or one of equal value since 1970, but this has failed to eliminate the gender pay gap. Current figures show that on average women earn 80p for every £1 earned by men. Those of you who read the manifestos in the pre-election frenzy may remember that the Conservatives announced that they would introduce mandatory equal pay reporting for larger employers to try to reduce the gender pay gap. No mention was made of this pledge in the Queen’s speech, but it is now back in the headlines.

The Government has launched consultation on mandatory equal pay reporting which concludes in early September. The proposal is that employers who employ at least 250 employees will be required to publish information showing whether there are differences in the pay of male and female employees. The details, such as where the information will need to be published, how regularly and in what detail are not yet finalised. The consultation document suggests that measures will be introduced in the first half of 2016, although the actual compliance dates may well be later, particularly for smaller companies. However, this does not mean employers should sit back and wait.

Employers with 250 plus employees should be auditing their pay structures now to determine whether there are differences in the pay of men and women in their organisation. Although the proposed penalty for failure to comply with the new requirements is £5,000, the potential reputational damage and negative publicity such failing could attract could be far more costly.