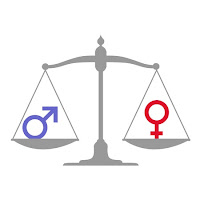 The gender pay gap has become the hot topic across all work industries, with the Prime Minister pledging to “end the gap within a generation”. The increased pressure and publicity has resulted in the Government publishing the draft, Equality Act (Gender Pay Gap Information) Regulations 2016 which requires the disclosure of gender pay data.

From the 30 April 2017, any employer with 250 or more “relevant employees” will have to publish yearly gender pay reports by 30 April each year. This means that the first official report must be published by 30 April 2018. A relevant employee is any employee that ordinarily works in Great Britain and has their employment contract governed by English law.  Workers, genuine self-employed contractors and partners will not be considered as relevant employees. Despite this not impacting employers until 2017, employers should start to consider what they will need to do to be legally compliant.

What needs to be published?

Employers will be required to publish 5 key figures:

Pay includes basic salary, paid leave, maternity and sick leave, shift premiums and bonuses. Pay does not include overtime, expenses, benefits in kind and salary sacrifices. These figures must be published on an employer’s website (accessible to the general public) and remain available for at least 3 years to allow for year-on-year comparisons.

What should you be doing now?

What if you do not comply?

There are no legal penalties but employers can expect a lot of negative PR from Unions, NGO’s and private campaigners that will be eager to “name and shame”. This can result in a reduced customer base, reduction in ethical investment or worst case a boycott from some men and women.

This is an important development in employment law but as these regulations are still in draft form we will watch with interest as it progresses.