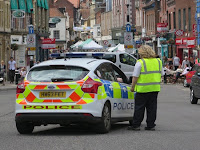 The Employment Appeal Tribunal (EAT) has ruled that police officers who were forced to retire were not victims of unlawful indirect age discrimination.

Since 2010, police officers have been forced to retire after 30 years’ service due to a regulation known as the ‘A19 Programme’ founded in the Police Pensions Act 1987. This provision was put in place to make efficiency savings due to cuts to police force funding. As a result, over a thousand officers filed claims at the Employment Tribunal (ET) for indirect age discrimination.

Indirect age discrimination requires a provision, criterion or practice which applies to all staff but which puts people in a certain age group at a particular disadvantage. In this case, it was argued that the A19 Programme applies to all officers but is a provision which puts officers of a certain age (i.e. over 48) at a particular disadvantage because they would be required to retire.

Indirect discrimination is not however unlawful if it is justified as being a proportionate way of achieving a legitimate aim. On this basis, the EAT overturned the ET’s decision because such a provision was justified by the need to reduce police officer numbers in order to make necessary financial cuts.

It was argued by the police force that there was no viable alternative to meet the financial challenges that faced the police forces. Indeed, since invoking the rule, the forces have saved £66m – a much needed result considering the Home Office funding to the police has been cut by 25% in real terms since 2010.

It is important to note that police officers are not employees and that their office will only terminate upon retirement (unless found guilty of misconduct or capability). It was the EAT’s view therefore that the age restriction could be justified by the fact that there is no power to make a police officer redundant.