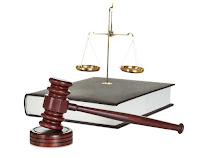 The introduction of employment tribunal fees on 29 July 2013 has continued to be the subject of debate. The statistics have shown, and as a firm we have noticed a large reduction in claims being instigated by disgruntled employees.

Many have viewed the fees as a barrier to justice, whilst a welcomed step for employers. In September the Law Society published its discussion document: https://www.crippspg.co.uk/making-employment-tribunals-work-for-all/

In June, the government started its review of the employment tribunal fees and the fee remission scheme. The written evidence submitted to the inquiry has now been published. The President and Regional Employment Judges of the Employment Tribunals (England and Wales) have made a number of interesting points and believe that the fees have had a negative impact on people’s access to justice. They have made a number of proposals to reform the system, which include:

Whilst the current fee system does not appear to be working, to introduce a fee for Respondents to pay in order to file its defence seems to be a further penalty for the employer.

The review is expected to be completed later this year and will be followed by a consultation on the recommendations that have been proposed. In the meantime, it would be interesting to hear your views, so please comment below.