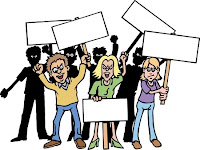 With this month’s tube strikes causing havoc for thousands of London commuters, the Department for Business, Innovation and Skills has today published the Trade Union Bill (the Bill) in a timely fashion.

In yesterday’s press release, Nick Boles MP says that the current strike rules mean ‘a small minority of trade union members can fundamentally disrupt the lives of millions of commuters, parents, workers and employers at short notice. The new legislation will ensure that ‘strikes are the result of a clear and positive democratic mandate from union members’.

The Bill introduces several other changes, including:

These are significant changes which BIS is consulting over and the consultation will run until 9 September 2015.