Home > Employment > What can employers do about an employee who is persistently late?

What can employers do about an employee who is persistently late? 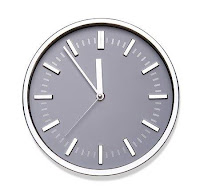 Employers expect employees to arrive at work on time and are sure to agree with William Shakespeare when he wrote ‘better three hours too soon than a minute late’. Employers do, however, understand the occasional lateness of employees for genuine reasons such as traffic, train delays or family issues.

Whilst once or twice is acceptable, being persistently late without good reason should not be tolerated. The Employment Tribunal has examined this issue in a recent case. This case involved a long serving employee who was dismissed for persistent lateness following an accumulation of warnings.

The employee was advised that his timekeeping would be monitored and that disciplinary proceedings would be carried out if there was no improvement. Following a series of warnings and discussions, the employee was issued a final written warning.

Around the same time, the employer began an initiative to improve all employees’ attendance and timekeeping. This included disciplinary meetings and warnings for staff who had a certain level of absence / lateness. As the employee was already in receipt of a final written warning, he was dismissed for misconduct.

The employee brought a claim for unfair dismissal on the grounds that he had a difficult bus journey to work and his two previous warnings were unfair, among other things.

The Tribunal acknowledged the employee had a difficult journey to work, but his claim was rejected because he had been persistently late, he knew the importance of arriving at work on time and that any failure to do so could result in disciplinary action and the employer had conducted a fair procedure.

This case shows that persistent lateness can lead to a fair dismissal if the employer: