Home > Professional negligence > Lewis v Ward Hadaway – The danger of understating the value of a claim.

Lewis v Ward Hadaway – The danger of understating the value of a claim. 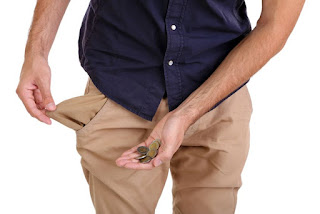 The recent case of Lewis v Ward Hadaway [2015] EWHC 3503, raises serious concerns for litigators acting for claimant’s with limited funds and makes clear the potential danger of not paying the correct court fee.

In this case, the solicitor acting on the behalf of multiple Claimants issued 31 professional negligence claims against a Defendant firm who had previous carried out multiple conveyancing transactions for the Claimants. The majority of these claim forms were submitted just before the limitation deadline. However, the statements of value on these claim forms were significantly lower than the claim value initially set out on the letters of claim. This resulted in the claimants paying a much lower court fee upon issue. Prior to service of the claim, the claim forms were then amended to reflect the actual value of the claims and the balance of the higher court fee was paid.

The Defendant applied to strike out the claim on the basis of this being an abuse of process. The court found that while understating the value of the claim did amount to an abuse of process because it deprived the court the necessary fees and generated further costs and administrative work for the court, it would have been disproportionate to have struck out the claim. This was because there was a lack of prejudice towards the defendant and the fact that the period of abuse was limited. However, the court did award summary judgment against 11 of the claimants on the basis of the limitation periods of these claims having expired.

In light of the recent increases to court fees in 2015 and the likelihood of further increases in the near future, this case serves as a reminder to any solicitors to make certain that the correct court fee is paid upon the issue of a claim. However, the case does raise questions for solicitors acting for impecunious clients who are unable to pay increasing court fees. Notably in the judgment it was stated that a claimant should seek the agreement of both the defendant and the court to ensure ‘complete transparency’. However in practice this may not always be possible.