Home > Professional negligence > Solicitor negligent for delay in drafting a will

Solicitor negligent for delay in drafting a will

The case of Feltham v Bouskell [2013] EWHC 1952 (Ch) is an interesting example of the White v Jones principle and highlighted the risk of delay in drafting a Will, even where there were apparently good intentions behind the delay.

The Defendant solicitor was instructed by the Claimant to prepare a new Will on behalf of her elderly relative – a 90 year old lady who was living in a nursing home and there was a suggestion that she was suffering from dementia. The new Will was to leave the bulk of her estate to the Claimant, to the detriment of the beneficiaries under a previous Will. 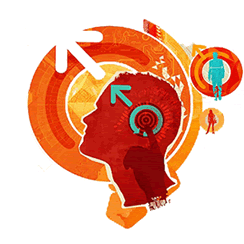 Having heard nothing, the elderly client asked the Claimant to prepare a Will for her, which she then executed.  She died shortly afterwards and the solicitor subsequently wrote to the beneficiaries under the previous Will indicating that he had doubts as to whether his client had known what she was doing when she made the new Will.
They challenged the new Will and the Claimant later settled with the previous beneficiaries out of court.
The Claimant subsequently brought a claim for professional negligence against the solicitor for the effective reduction in her share of the estate.
The court held that the Defendant solicitor had been negligent in failing to proceed with his instructions.  Where a solicitor is instructed to prepare a new Will he or she should do so within a reasonable period of time, particularly where the testator is elderly.  Once instructed, if there are issues as to capacity, these should be resolved expeditiously.
The court awarded damages to the Claimant to represent the amount she had paid in settlement to the claim brought by the ousted beneficiaries and costs.
The case serves as a reminder that solicitors should act promptly when instructed by elderly clients and, where there are doubts which may lead the solicitor to not follow the instructions, he or she should exercise caution and act promptly to obtain all of the relevant information in order to take such a decision, not simply delay.