The case of Susan Berney v Thomas Saul (t/a Thomas Saul & Co) [2013] EWCA Civ 640 is an interesting illustration of when the six year limitation period commences for solicitor negligence claims based upon the conduct of litigation.
The claimant instructed solicitors to represent her in a personal injury claim following a road traffic accident in 1999. The defendant’s insurers in this claim accepted liability. The solicitors issued a claim form in 2002, but named the wrong defendant. The parties then engaged in a lengthy period of correspondence relating to medical records and evidence. The solicitors re-served an amended claim form but failed to serve or file particulars of claim. 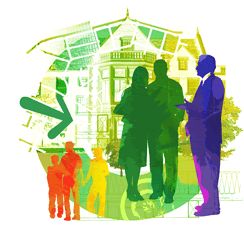 In 2004 the claimant instructed new solicitors who advised her, due to the long delay in serving her particulars of claim, her claim was vulnerable to being struck out by the court. Consequently, the claimant felt compelled to settle her claim by negotiation. It was settled for £25,000 plus costs in November 2005.

In January 2011, the claimant issued a professional negligence claim against her first solicitors. She alleged that had her personal injury claim been dealt with properly, she would have received far more in damages.
Her claim was initially struck out by the Court on grounds that it was time-barred.
The Court of Appeal overturned this decision. It was held that the cause of action accrued not when the culpable conduct occurred, but when the claimant first sustained damage.  A useful formulation is to consider when the claimant was worse off financially by reason of a breach of the duty of care.In this claim, loss had occurred when the claimant was compelled to settle her case in November 2005. Accordingly, the six year time limit started to run from then and had not expired when she brought her professional negligence claim in January 2011.