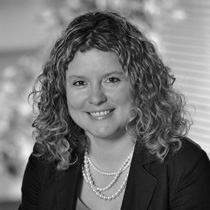 During Clare’s absence the Institute of Legal Executives was granted the Royal Charter. What does this mean for legal executive lawyers?

The first Royal Charter was granted in 1231 to the University of Cambridge and the second to Oxford University 17 years later. These days Charters are usually given only to professional institutions or charities that work in the public interest. The Privy Council Office who administers Charters says they are “reserved for eminent professional bodies or charities which have a solid record of achievement and are financially sound”.

The Royal Charter brings numerous benefits but the main one is thought to be the consumer (client) confidence that it will bring – in a YouGov survey carried out in 2009 it was found that the general public ranked chartered status as number one in terms of confidence in professionalism (above such titles as Fellow or academic qualifications). There has often been confusion previously about exactly what the title “legal executive” means. Having chartered status raises the profile of legal executive lawyers and will give clients the confidence of knowing that they are dealing with a qualified professional lawyer.