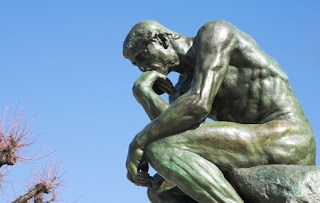 In court proceedings the parties are only allowed to produce and rely upon expert evidence with the permission of the court.  This enables the court to ensure that:

• all expert evidence is aimed at resolving an issue in dispute; and

• the costs of expert evidence will be proportionate to that issue in dispute.

C&S Associates UK Limited v Enterprise Insurance Company Plc concerned the termination of a commercial contract between an insurer and a claims handler.  A number of preliminary issues were identified and these were determined at the end of 2015.  At the start of 2016 the Commercial Court turned its mind to the costs of the preliminary issue hearing.  There were a number of competing interests that needed to be considered, including the existence of offers made to settle the preliminary issues.  However one specific issue of importance to all readers of this blog (in light of the importance of expert evidence in many property disputes) is the manner by which the court penalised the Claimants for their introduction of expert evidence into the trial bundles.

The court gave the parties permission to adduce expert evidence.  Reports were produced.  The Claimant’s report, however, included a lengthy section which analysed and expressed views about the merits of certain allegations made by the Defendant.  That was not a preliminary issue to be determined and no permission had been obtained to produce expert evidence on that.  The Claimant was nevertheless insistent that the whole report should be included within the trial bundles.  The Claimant also required some 29 additional trial bundles to be produced which contained documents that underpinned that analysis.  The question of expert evidence (and in particular the extent to which it was permitted by the court) was addressed in favour of the Defendant as part of the preliminary issue hearing.  The Claimant was unable to rely upon those parts of the report which expressed views on the merits of the Defendant’s allegations.

In deciding costs, the Commercial Court ordered the Claimant to meet the costs of its own expert evidence and 80% of the costs of preparing bundles in any event (so that even if the Claimant were ultimately successful at trial, it could not seek an order that the Defendant meet or contribute toward these costs).  Whether these costs were significant relative to the value of the claim itself is not clear from the judgment, but the Court’s decision is a clear warning.  If there are issues that require expert evidence then the appropriate first step is to reach agreement with the other parties over the use of expert evidence.  If agreement can be reached then the parties should look to present an agreed set of directions to adduce that evidence for approval.  If the parties cannot agree on the use of expert evidence then the court should be invited to determine the question at an early stage.  What C&S illustrates is that a party ignoring the court’s powers to regulate expert evidence does so at their own risk.