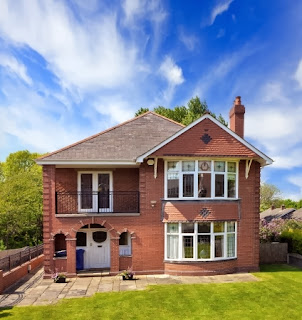 Capital Gains Tax (“CGT”) is payable on the disposal of a principal private residence. Such a disposal is, however, often subject to 100% relief. The relief applies where the seller has used the property as his only or main residence throughout his period of ownership or for all but the last three years of his ownership. In Gibson v HMRC the Upper Tribunal had to consider whether the seller of a residential property could claim relief where he lived there but then knocked it down, rebuilt it and sold it.

The Tribunal were satisfied that when Mr Gibson bought the house, he lived there as his home and that he intended to carry out wholesale renovations to it and that when it came to putting flesh on the bones of the renovation plans it became apparent that due to structural issues, the most cost-effective way to achieve his desired result was to demolish the existing property and rebuild, rather than carry out wholesale renovations. It was also found by the Tribunal that at some point during the process of demolition and reconstruction, due to the costs of the scheme, Mr Gibson resolved that the property would need to be sold and following its construction he never had any intention to live there as his home.

The Tribunal determined that for CGT purposes the newly constructed house was a new property and in order for Mr Gibson to qualify for CGT relief he had to have held an intention to live there (post construction) as his principal residence: he could not rely upon his intention formed when he moved into the old property. The Tribunal accepted that had Mr Gibson carried out the more expensive renovation works rather than adopting the cost-effective method of demolishing and starting again, this problem would not have arisen because in those circumstances the pre and post renovated property would be classified as one and the same (and he could rely on his initial period of residence). The result was that due to the scheme of works employed by Gibson and his desire to reduce costs on the redevelopment, he found himself unable to qualify for relief and was liable to a CGT assessment on the sale.

The case does serve as a reminder of the limits of the availability of CGT following the sale of redeveloped residential properties. A link to the case is here: https://www.financeandtaxtribunals.gov.uk/Aspx/view.aspx?id=7464