Home > Real estate > Hey I just met you and this is crazy, but show me your ID or I can’t rent to you.

Hey I just met you and this is crazy, but show me your ID or I can’t rent to you. 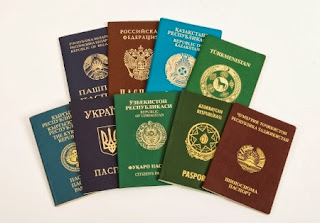 In a bid to prevent illegal migrants from renting accommodation in the UK, the government has announced proposals for new rules that are likely to be implemented in 2014.

Landlords will be required to check on the status of all new adult tenants, before the property is rented, to establish that such tenants are entitled to be in the UK at that time. Follow up checks would only be required if there is a time limit on a tenant’s stay in the UK. If a tenant is unable to show their eligibility to be in the UK, then the property should not be let to them but the landlord will be under no obligation to report the incident to the Home Office.

Responsibility to carry out such checks can be passed to a letting agent when it has been agreed in writing.

The rules are aimed at landlords that rent out accommodation for tenants to live in and may extend to those that take in lodgers. It is expected that there will be various exceptions to these rules applying to hotels and social housing rented to tenants nominated by the Local Authority.

There will be a range of documents that tenants could produce. For UK residents, a passport will suffice. Those who are from a country that is part of the European Union will be able to use their passport or national identity card. For all others, a residence permit or passport showing a UK immigration stamp with a valid time limit will be acceptable.

This is not an attempt to apply further red tape to the lettings industry; landlords will not be expected to be experts in immigration matters or the next Dick Tracy in identifying forged documents.

This is reflected in the proposal for proportionate penalties for those that accidentally take in illegal migrants. But for those that persistently breach the rules, it is expected that fines will be in the thousands of pounds.