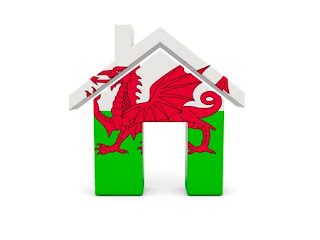 Figures from The Association of Residential Letting Agents show UK tenants spend an average of 22% of their wages on rent and first time buyer’s will have previously paid out an average of £52,900 to landlords.  At the same time, the Guardian reported that 42,728 households in rented accommodation were forcibly removed in 2015; a record high.

In light of this, it is unsurprising that the government continue to increase regulation for landlords.  The Renting Homes (Wales) Act 2016 (“the Act”) received Royal Assent on 18 January.  It is intended to reform the legal basis for renting homes in Wales and will replace all residential tenancies and licences with a new secure or standard contract.

These contracts will incorporate certain fundamental terms as set out in the Act, supplementary terms (to be set out in regulations) and any additional terms agreed by the landlord and contract holder.  The changes will be retrospective and will convert all residential tenancies and licences.

Landlords will be required to issue a written statement within 14 days of occupation, setting out the parties’ rights and responsibilities.  The Welsh Ministers will provide a free model contract to assist and landlords are not permitted to charge a fee for preparing or providing the statements.  Compensation will be payable to the contract holder for failure to provide a written statement.

The Act also sets out new duties will include obligations on landlords to carry out repairs and ensure the premises are fit for human habitation, and detailed provisions on terminating occupation contracts.  Minimum notice periods for termination will be imposed, along with restrictions on the landlord’s break clause in the first 4 months of occupation.

We are yet to see if England will follow suit with similar regulation, but it would not be surprising.