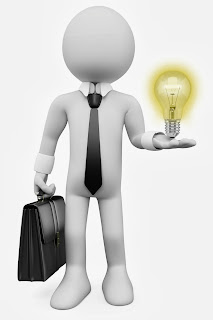 The networking season has kicked off again and everyone is in an positive mood. Deals are on the increase, low yields on prime assets are breathing life into secondary assets and there is enough funding (albeit a lack of senior debt) to maintain a healthy appetite in the investment market. China is getting increasingly active in London, US funds are sniffing around the regions, looking at retail portfolios, loan books and alternative assets. All in all, there are good reasons for such positivity.

So what’s hot in the world of property litigation? By far the most talked about contentious topic of the moment is rights to light (still); developers remain extremely frustrated with the way in which this niche area of the market as developed a life of its own, driven by surveying practices and conventions which, with a little help from the courts, have led to a formulaic approach to the calculation of damages which gives very little guidance as to how the courts will come to assess compensation should the matter proceed to trial. The threat of injunctive relief has led to developers (often driven by their funders) writing cheques that the scheme can barely afford to cash. The Law Commission offers little hope of reform which leaves us in the lap of the courts. Most agree that the Commission’s proposal to give a neighbour a limited window of opportunity in which to object to the scheme (failing which they will not secure an injunction) was very sensible and it is hoped that the next reported case might provide similar guidance for courts to adopt when deciding whether to award an injunction in right of light cases. If the risk of an injunction can be removed in this way (whilst leaving intact the neighbour’s right to a fair level of compensation) then the claims can be dealt with on a more sensible footing.

In the meantime, while the threat of an injunction hangs over developers, they will pay over the odds to clear off relatively insignificant injuries and only the very well advised will be able to walk the fine line between art and science that is required in order to assess the true value of a right of light claim.