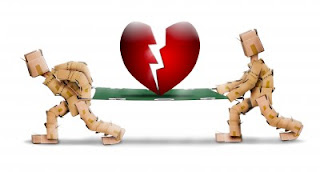 There has been another interesting decision affecting the exercise of break options. In SiemensHearing Instruments v Friends Life Limited (12 July 2013) the High Court held that the tenant’s break notice was valid even though it did not comply with one of the requirements of the break provision. In this case the break provision made it clear that the break notice should be expressed to be given under Section 24(2) of the Landlord & Tenant Act 1954. The tenant did not include this in their notice and therefore the landlord challenged its validity on this basis.

The decision in Mannai Investment Co. Ltd v. Eagle Star Life Assurance Company Limited 1997 established that the construction of a break notice had to be approached objectively and whether or not a reasonable recipient would have understood what the notice intended to do. However, this has to be read against the subjective requirements of the break clause. The famous quote from Lord Hoffman sitting on this case is “if the clause had said that the notice had to be on blue paper, it would have been no good serving a notice on pink paper, however, clear it might have been that the tenant wanted to terminate the lease”.

The court reached their decision not because they felt that the clause was helped by Mannai, as on this basis it decided that the notice did not comply with the provision, but because the court moved on to consider the consequences of the non-compliance with the notice. They made it clear that where the statute or contract term provides that a noncompliant notice will be invalid or ineffective that will be the end of the matter. However, where it does not, the court must assess the statutory or contractual intention by the usual objective criteria, including the background and purpose of the provision and the effect of non-compliance.

Looking at the form of this particular break provision, the fact that the notice was to be specified as being under section 24(2) did not have a specified consequence for noncompliance, whereas other conditions did and as this was a well drafted and considered lease, the parties could not have intended deviation from this condition to have a consequence.

This decision has surprised many commentators as, having established it was a requirement of the break option to include the wording in relation to section 24(2), it seemed sensible to conclude that the exercise of the break would have failed without considering the issues further. Therefore most commentators think this decision is likely to be appealed so watch this space.

It serves as yet another reminder that break options should always be considered carefully when drafting and exercising them!